Five Ohio technologists have been presidents of the American Society of Radiologic Technologists. They are:

In 1975 a Student Quiz Bowl competition was initiated as part of the Annual Educational Meeting with teams from Radiologic Technology programs from across the state. These meetings were also rotated among the cities in Ohio until 1995 when the two meetings were combined. One meeting is now held each spring, the Annual Meeting of the Ohio Society of Radiologic Technologists to include the Quiz Bowl competition.

The Ohio Society of Radiologic Technologists publishes the Cardinal Rays, a newsletter distributed bi-monthly to members.   In addition, the OSRT maintains an active web-site with current information about the society and the profession.

Members who meet the necessary criteria may be nominated for the Technologist of the Year Award. The invitational Guest Lecture Series was established in 1966. Starting in 1974 the lecture series was given in honor of the OSRT members who were past presidents of the ASRT and was renamed the Penn-Hu-Mac Lecture Series.  After the ASRT presidency of Joan Parson, the series was renamed the Penn-Hu-Mac-Par Lecture.

OSRT formally published its history thanks to the efforts of historian and long time member, David Shields, R.T. Mr. Shields was one of the original forty-eight founding members of OSRT. Thanks to his efforts, OSRT has preserved its history in a formally published document. For information on the publication, contact current OSRT Historian, This email address is being protected from spambots. You need JavaScript enabled to view it., RT(R). 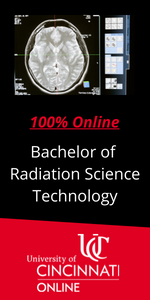